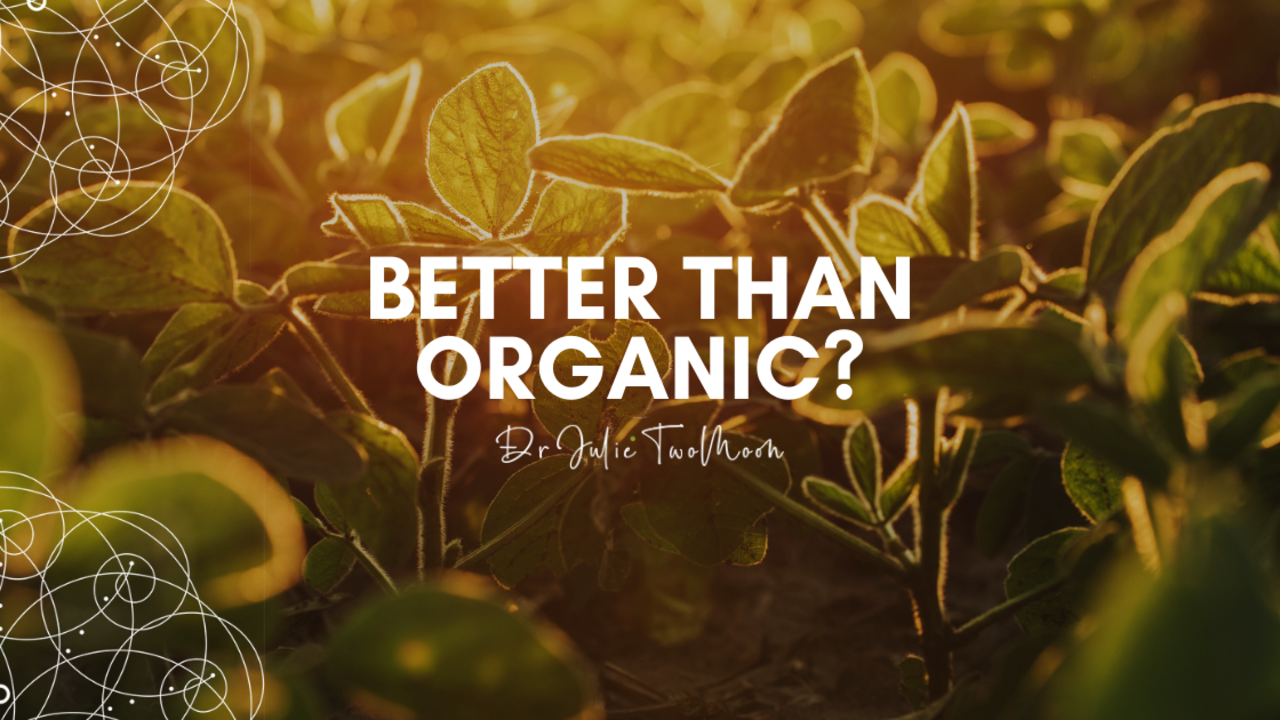 To my surprise, these words were used to describe products sold and distributed by a direct sales company and were uttered as proof and testimonial as to the products efficacy and standing. The description was qualified under the banner of our collective decreased time, hectic schedules and increasing demands, mixed in with our ever-growing despair about health, and desire to improve it.  Argument was further made as to the expense of organic food, the likelihood it would rot in our fridge, and that this company’s non-organic but non-GMO products were the “better than organic” solution to the problem.

Considering the dramatic state of our food supply, claiming non-GMO to be in fact better than organic is beyond incredulous.  Non-GMO means only one thing, the products or substrates in question were not genetically modified.  It says nothing about the manner in which a crop was grown, the degree of pesticide application or the quality of ingredients, all it means is that the product is non-GMO.  Therefore, any product boldly displaying this logo can in fact still pose a significant risk to human and earth health as fewer than 10% of non-GMO crops are grown without traditional pesticides. Pesticides include Glyphosate and 2,4,5 D a compound which is half of the notorious Agent Orange.

The non-GMO movement has failed to recognize and stress that the total impact of GMO farming has two parts, one: GMO seeds and two: copious application of pesticide, herbicide, and fungicide.  Avoiding GMOs while still ingesting conventional foods may limit the harmful and disastrous consequences of ingesting genetically modified foods, it does not however protect one from the equally disastrous and documented effects of chronic pesticide exposure.  Therefore, the products being marketed by the above company and so many others are relying on consumer fatigue as their selling point, while capitalizing on a movement that in truth does little to diminish exposure to harmful toxins in our food supply.  Worse yet, they promote their products as being good for detoxification while filling their consumer’s bodies with denatured, toxin-laden food.

There is no better than organic when it comes to most foods, organic is the standard. With regard to our growing fatigue resulting from our constant activity and obligation, the solution does not lie in greater dependence on manufactured food products and “instant” yet non-GMO foods. The solution lies rather in adopting new habits with the recognition that nourishment has many aspects, only one of which is what our food is made of, and others which include slow conscientious preparation of said food, time spent being aware of what we are eating and how we are eating it and dedication to being present rather than being busy.  Within this model of living, there is not only health but also community, compassion, abundance, and possible growth that does not exist in a society that puts convenience above quality.