Should I Stop Eating Gluten? 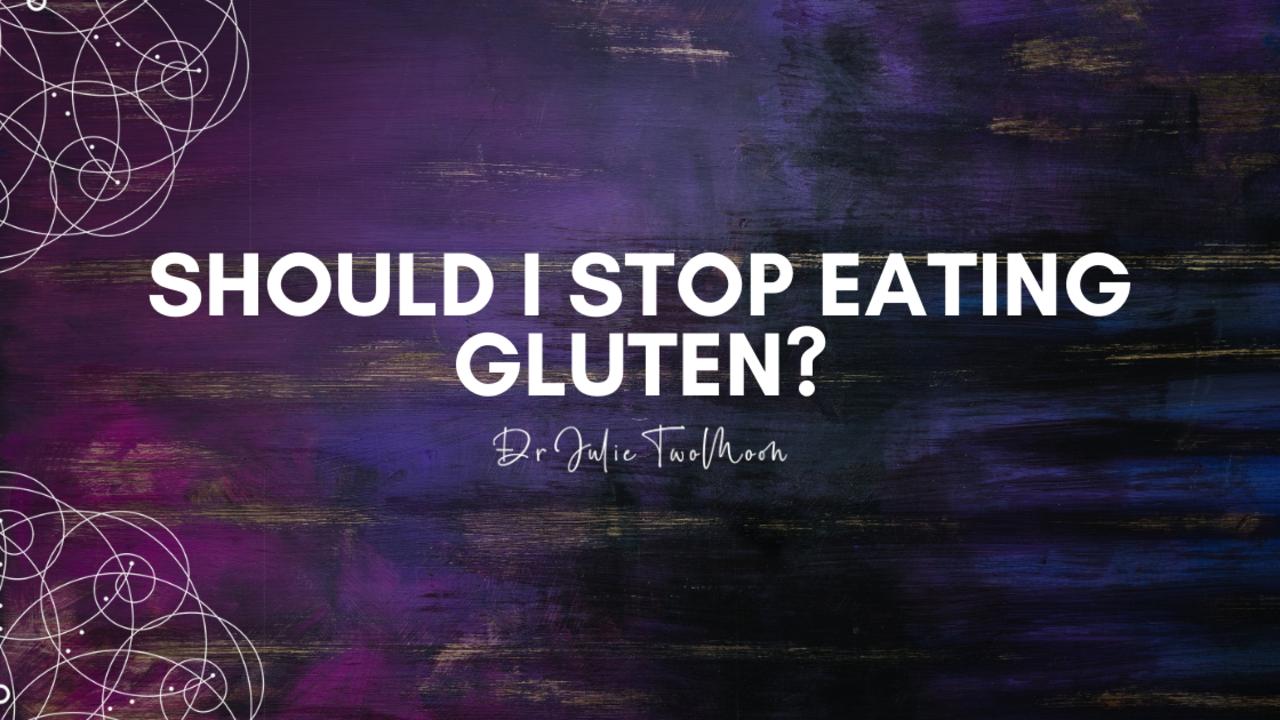 Should I stop all gluten if I want to be healthy?

A common question, and a good one too. I suppose the idea of being Gluten-free has gained enough steam that many have come to believe that eliminating Gluten from their diet might be the most significant effort for their long-term health. To which I say: maybe.

Gluten is the protein aspect of certain grains, the most common of which are: wheat, oats, rye, and barley.  In some people, namely those with Celiac disease, this protein causes severe and debilitating inflammation in the digestive tract, which extends then to the joints, brain, muscles, nervous system, and hormonal systems.  This is an immune response, and it is serious.  Now, the incursion of the Celiac diagnosis into modern life has grown dramatically over the past 10 years.  This appears to be significantly related to stress, which alters non-coding gene segments, which is then passed onto future generations.  This stress can come in many forms: poor nutrition, Glyphosate or other pesticide toxicity, heavy metal toxicity, chronic dental infections, vaccines, and trauma.

Non-Celiac Gluten sensitivity is another topic entirely.  This condition emanates from the same stress sources as are listed above, but the reaction is slightly different.  In this case, it is an inflammatory response, not an immune one, therefore, less permanent damage is caused.  The inflammatory symptoms emanating from chronic exposure to wheat in this situation can be painful and dramatic, however.

Now, even with non-Celiac Gluten sensitivity, there are a few nuances which should be noted.  The major one is, coloration can be seen between chronic exposure to grains containing gluten which have also been grown conventionally, thus exposing the gut to gluten in the presence of Glyphosate, initiating a much more severe cross-reactivity.  A situation which appears to be compounded by concomitant exposure to Fluoride in water.

Furthermore, recent supposition has added to this discussion the possible intestinal destruction resulting from exposure to “Meat Glue” or Transglutaminase, the name for the enzyme used to bond segments of protein together.  As this substance, has been associated with inflammatory change at the gut mucosal surface, it bears mention in the topic of how gluten may be affecting us or if it is gluten at all.

Many people find they feel better avoiding gluten, and in my experience, this is often synonymous with avoidance of many common “junk” foods and less restaurant foods as well.  Refined wheat is not a health food at all, therefore avoiding it stands to alter how we feel.  Furthermore, if we take a historical perspective, wheat has traditionally been eaten in a fermented form.  This is a sharp contrast to how we eat most gluten-containing foods as yeasted breads, cakes, cookies, pies, and more.  In fact, many I work with find they tolerate true fermented sourdough bread just fine, even when they do not tolerate the yeasted bread counterpart.

Gluten-Free Foods May Be A Problem Too

This, however, doesn’t often hold up long term if all one does is replace gluten-containing products with non-gluten containing ones.  The reason for this is most gluten-free products are full of sugar, soy, canola, and pesticide-laden substitutes for the glutinous grains.  Over time, this replacement will in fact lead to ongoing inflammation, gut irritation, and consequently a situation I have seen all too often where an individual begins to have sensitivity to more than gluten but also corn, soy, dairy, egg, sugar and more.

I will add to this conversation one other unique caveat which spins the conversation just a bit: all my patients who have ventured to non-north American countries have come back reporting a lack of inflammatory symptoms when eating foods like bread while out of the country.  I have no clear explanation for this, as those I have interviewed have visited places like Jamaica, France, The Virgin Islands, Costa Rica, and Belgium, but find it note-worthy as it further erodes the assumption that it is, in fact, the gluten causing the issues.

So, we return to the question: Should I stop all gluten if I want to be healthy?

No, that should not be the goal, the goal should be foods closest to their natural state, cultivated and used with the least amount of chemical interference.  If we eat grains, we should strive to love them in their whole form, experiencing complex flavors and textures they add to our meals, allowing them to be nurtured and coaxed to release the complex minerals, vitamins, and essential fatty acids bound within their small forms.  This is how we not only heal, but it is also how we grow our appreciation for what these foods represent, which in my view is one of the reasons we eat in the first place.  Isolating Gluten as we have done, is a further mechanization and means of isolation within our relationship to food, part of an ongoing trend reflected in how we live, move, love, sleep, and more.  After all, we live in a closed system, where all parts are dynamically in relationship to each other, it would be a shame to miss out on this interplay while focusing on only what is happening down in one corner.

Food is your medicine, love it, taste it, appreciate it and live with it, and it will reward you endlessly.